Well few pieces of news have literally blown me out of my seat, but I can fairly say that this one definitely did the job.  After waiting and waiting for the clock tower movie to announce some updates, I thought the franchise was dead, and I moved on to expecting other games and playing Penumbra. But then today, lo and behold: Remothered! An amazing, freaking scary, remake of all that goodness you can’t find in a game today (without a stamp of M). 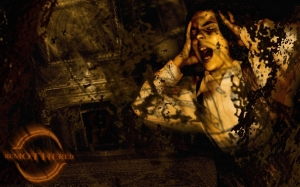 END_OF_DOCUMENT_TOKEN_TO_BE_REPLACED

So as I sit waiting for one of my favorite childhood franchises to download, Starcraft 2 Beta, I tried to think of what obscure game I could talk about.  Great titles went through my head; Faxandu, Super FX Racing, Milo’s Astro Lanes, Panzer Dragoon, Bug, Firepower 2000, even Link 2.  But then it hit me, like the 100% install bar for SC 2, U.N. Squadron!

END_OF_DOCUMENT_TOKEN_TO_BE_REPLACED

Well it’s been quite a hiatus, and I think it’s been hard on both of us… But fear not! We’ll call you back the next Month.
Anyway, in honor of being overly late I’ll be doing a Halloween inspired game that has deserved a throne in the horror
game shrines for decades: Clock Tower. This game has scared the bejesus out of daring gamers for over a decade,
and don’t let its successors lull you into a semblance of confidence, this game will knock you dead, or you’ll die trying.

END_OF_DOCUMENT_TOKEN_TO_BE_REPLACED

Angry at Andrew for not continuing this potentially fun series, I decided to post a video in his absence… and I’m sure it will please everyone.

So… How many people, by a show of hands, liked Mega Man 2. Yeah? So did I. Sure, it was a tough game at parts, but it was FUN – something lacking in many of today’s games. Now, who here by a show of hands would play Mega Man 2 again if it was slightly modded to incorporate some of the finer points of 3D while still keeping the feel of the 2D game.

I’m sure the answer to that is a resounding yes, with the exception of the few of you who are too conservitive to change anything about the past. END_OF_DOCUMENT_TOKEN_TO_BE_REPLACED

Just slipping into the top 10 is one of the more unknown RPG series to grace Nintendo: Breath of Fire.
Composed by the Legendary Yoko Shimomura and the famous Bun Bun (Yasuaki Fujita) of Capcom, expecting a great soundtrack is not a stretch in the least.