Tune in to OCremix’s Eevee EP!

Well I just wanted to drop a blurb about the latest release from OCremix so no one missed it. It is called the Eevee EP and it’s fantastic. It departs from retro a bit because the remixes span the original series up to the newer games, but it’s worth every breach of protocol. There’s a total of 9 tracks and every one of them is excellent. Each evolution of Eevee is given a song plus Eevee him/herself.

Western vs Eastern: Divisions in VGM 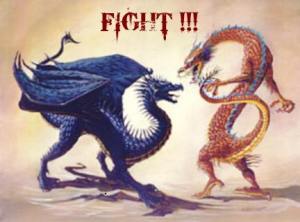 Two of the biggest terms that one encounters in VGM are west and east, and while they inherently don’t, – or shouldn’t – play a role in the quality of music, there are some appreciable differences that are worth being aware of in order to fully appreciate the music. This article will give you a brief picture of the divided world of Video Game music fandom.

END_OF_DOCUMENT_TOKEN_TO_BE_REPLACED

Well I’ll be talking about music as usual, of course this time my complaint is with one of the big sellers of this year: Pokemon Heart Gold and Soul Silver. Now of course I will openly say that I was initially wary of this game because it was, in fact, my favorite out of the series, and I really did not want to be disappointed, nor to pay $40.  So naturally I did not buy it, but of course I checked out the music, and I was dismayed to find something that stopped far short of it’s potential.

END_OF_DOCUMENT_TOKEN_TO_BE_REPLACED

A Series of Series: Pokemon

My next string of articles will be reviewing music for games that  are in a series. I’ll start with the pokemon series and go on from there. It’s interesting to watch a series progress from game to game and platform to platform because the composers often change hands, or styles in many cases.