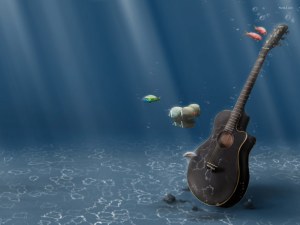 END_OF_DOCUMENT_TOKEN_TO_BE_REPLACED

Don’t you always want to know the inside story? It’s always fascinating to get a behind the scenes look at your favorite video games or maybe see interviews with the actors of your favorite movies. Well how would you like a behind the scenes look at one of the biggest companies in video game history? I’ll give you a hint: It starts with an N. Even more interesting is the man telling all of the information, a nameless figure except for the title: Captain Nintendo. So who is he, and what could he possible tell us?

END_OF_DOCUMENT_TOKEN_TO_BE_REPLACED

Artists to Look Out for: Technodrome

Get ready to rock out to one of the newer VGM cover bands from Melbourne, Australia: Technodrome. If you expected a modest rendition of Mario and Zelda with some distortion, and maybe a good Pokemon cover to top it off. Well… you got it! But that would be understating these guys, so I’ll not only pull up their videos from youtube, but I’ll even give you an interview to show you all they have to offer. 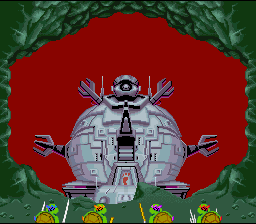 END_OF_DOCUMENT_TOKEN_TO_BE_REPLACED

The cliche move of walking to your local garage sale to find old discarded NES games is becoming a thing of the past.

With countless new generations of video games falling into the laps of today’s youth, old cartridges are becoming harder to find. I know I’d never give up my old games, but some people don’t know the value of what they hold in their hands. To raise awareness for collectors, I’m going to go over just how our beloved NES and Genesis games are meeting their end.

Garage sale decline: By now, the peek season for buying old games at garage sales has pretty much passed. The generation that played those games as kids are now END_OF_DOCUMENT_TOKEN_TO_BE_REPLACED

So with Dan enjoying the sun in Mexico, I figured it was about time I stepped up and actually contributed to our wonderful retro gaming website. Since I’ve been drowning in some of the newer side-scrolling adventure games available on STEAM, I needed to take a step back and think of the games that really made an impact on me as a kid.

What was the first game that came to mind, you ask? None other then Kirby’s Adventure for the NES. I looked up a few videos on that old game, just to reminice what I’ve been missing over the years, and I came across this fairly recent stop motion version of that game, and many other favorites from the early days of 8-bit gaming.

It’s surprising how many times top composers end up making this list. Here’s another game that you would most likely never want to play unless you were some hardcore retro gamer, a comic book/game fanatic, or just a sadist. But the soundtrack of it should give you some more reason to suffer.

END_OF_DOCUMENT_TOKEN_TO_BE_REPLACED

Well here’s a classic game we’ve all probably beaten: Super Mario World. The Best part of the game was the open design because you could beat the game as quickly or as slowly as you wanted to. I remember taking it slow and trying to beat every level the first few times, and then I came to the realization that if I unlocked star world in the second area, I could just beat it and go straight to Bowser’s castle and just beat the game. Well the videos I have for today put my thinking to shame, sure some of them are silly mods, but some of them are glitches and tricks I never ever thought of.