Well folks, it is the long anticipated release of Sonicesque Vol. II. Actually it’s a few months after the fact ^_^ but regardless, I had to make a post about it and give a nice breakdown of the OST. This collection is something new and fresh, and is jam packed with more sonic than your headphones have room for! 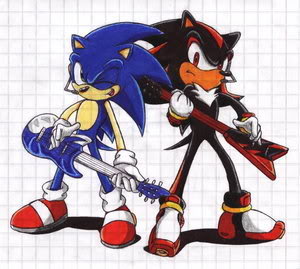 END_OF_DOCUMENT_TOKEN_TO_BE_REPLACED

What makes a great soundtrack? Is it the soundcard of the system, the game and story that it’s based upon, the composer, or controversy? Well, in the case of Sonic 3 it draws from all of them. As has been the case with all Sonic games, Sonic 3 was rushed in production and had to be sold separate from Sonic & Knuckles – which it is supposed to be united with. When put together, these games make one of the greatest soundtracks ever created, and  it was composed by none other than Michael Jackson.
END_OF_DOCUMENT_TOKEN_TO_BE_REPLACED