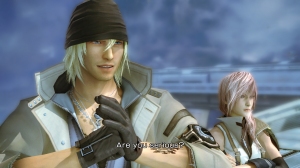 END_OF_DOCUMENT_TOKEN_TO_BE_REPLACED

An interview worth reading.

Well folks, things have been pretty slow lately. Our staff has been caught up enjoying the fading days of summer and the blog has slipped by. Hopefully the rest of you have been enjoying your summer too, but anyway I’ll keep my post short for once. I recently read a fascinating interview with Hiroki Kikuta about his times working on Seiken Densetsu 2 (Secret of Mana) and with Square. Enjoy!

END_OF_DOCUMENT_TOKEN_TO_BE_REPLACED

With one article left and a many possible video games left to go, which could it be? There have been many possible considerations for this soundtrack, but there’s one that has stood the test of time. If you were thinking it was Final Fantasy… then you’re completely right. Mitsuda, Kondo, Shimomura, and Wise have all had their place and Uematsu has been absent other than through an assisting role. Now of course, which game is it?
END_OF_DOCUMENT_TOKEN_TO_BE_REPLACED

Secret of Mana is one of those soundtracks that defined video game music. All of the different musical styles and effects that were put into this game have become a standard when comparing any other game’s music these days. If it weren’t for one other soundtrack, I’d say that this was, without bars, the greatest soundtrack ever made.