Well Andy was surfing YouTube one day and happened upon a bunch of top 10 sad song videos – and, to be quite honest – they were all pretty bad. Yes, Final Fantasy has some fantastic sad music, but an entire list of them doesn’t do Video Game Music justice. It merely gratifies the fan boys that justify the FF series as the IT of gaming. Not that Nobuo Uematsu is not deserving of as much recognition, but there are other composers. As for the rest of the lists, I did see some notable choices, such as Sadness from Terranigma, but there were a few suspect songs missing. 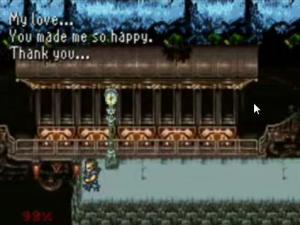